A meteor shower hits Earth, carrying a hostile race of alien creatures. Humanity fights a desperate war against extinction. 30 years later. The war is lost, but hope persists. You lead a trek of survivors, bound for a safe location only known as Last Haven.

While exploring locations, the game offers a unique mix of twin-stick shooter and strategic base building featuring nocturnal enemies, dynamic lighting as a key game play mechanic and an innovative energy grid system.

My task was to create the environment and to define the art base tech for the Prototype. "The Last Trek" was created in Unity 5. Some of the special technical features are Volumetric Lights, Terrain Tessellation, Triplanar texture mapping, vegetation animation, HBAO, Geometric Decal Projection and Precomputed Real-Time Global Illumination  (not in the Video active).

I used also some additional tools like SpeedTree and Modo. 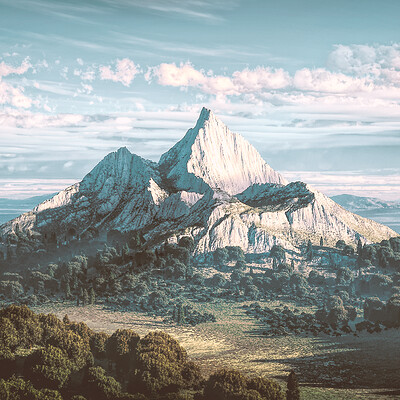